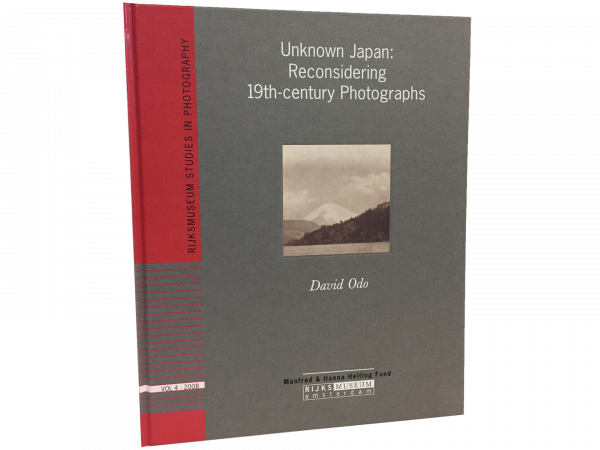 Photography was introduced in Japan somewhat later than in the western world. At first, foreign photographers played an important part in the production of this new kind of image, and it was only in 1860 or 1861 that the first Japanese made photography his profession. David Odo takes a fresh look at a large series of Japanese photographs that were bought by an unknown western collector in the mid-1880s. They present an image of Japan that differs from the one most westerners preferred when buying photographs as mementos of their visit to this strange though fascinating country. The Manfred and Hanna Heiting Fund enables young researchers from all over the world to explore the photography collection of the Rijksmuseum. The results of these studies are presented each year in the series Rijksmuseum Studies in Photography, whose publication is also generously made possible by the Manfred and Hanna Heiting Fund.  English edition | 40 images | ISBN 978 90 71450 19 8Concept and design: Manfred Heiting | Layout: Ger Hudepol Productions