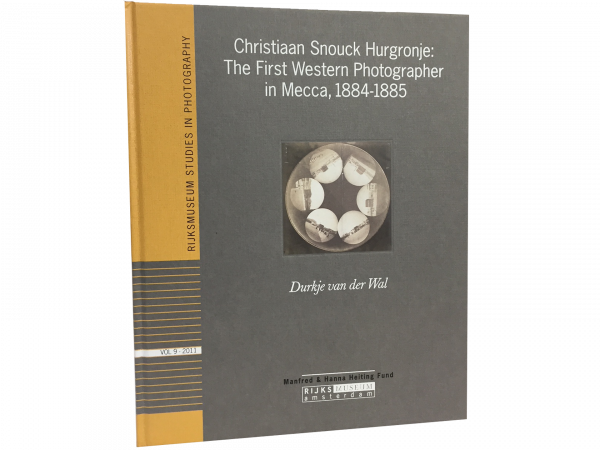 Orientalism became extremely popular in the 19th century. However, there was one city that was barred to non-Muslims: Mecca. In 1885 the Dutch Islamist Christiaan Snouck Hurgronje (1857-1936) became the first westerner who succeeded in taking photographs in ‘the forbidden city ', assisted by the Meccan doctor ‘Abd al-Ghaffar. Durkje van der Wal explores the collaboration between the two men and reveals that the Dutch Orientalist had a hidden agenda. She was able to consult Snouck Hurgronje 's diary and correspondence, so for the first time it is possible to detail the obstacles he had to overcome and see how he manoeuvred within the limited freedom of action he had in Mecca. The Manfred and Hanna Heiting Fund enables young researchers from all over the world to explore the photography collection of the Rijksmuseum. The results of these studies are presented each year in the series Rijksmuseum Studies in Photography, whose publication is also generously made possible by the Manfred and Hanna Heiting Fund. English edition | 40 images | ISBN 978 90 71450 32 7Concept and design: Manfred Heiting | Layout: Ger Hudepol Productions